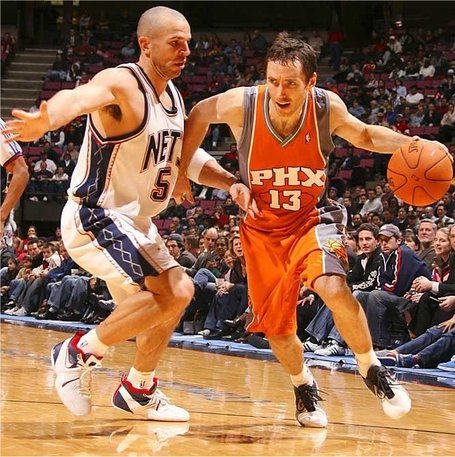 Instant replay, a staple in sports broadcasting, was first used in a 1963 college football game between Army and Navy. The telecast featured only one instance of instant replay, though it was enough to get it reused for future events.

To read more about this story, click here for an in-depth Inhistoric article: 12/07/2006 - Kidd and Nash duel in classic

Steve Nash and Jason Kidd -- the two best point guards in the league, two of the biggest antagonists of the new ball, and two of the most exciting players to watch, met each other down in East Rutherford. The result was a show that those in attendance would never forget. In double overtime, the Phoenix Suns beat the New Jersey Nets, 161-157, in a game that included 34 lead changes and 21 ties. It was one of five highest-scoring games in NBA history.

Unfortunately, the game was limited to just the local audiences and those with the season ticket packages. The game was aired opposite TNT, who decided to air a Pistons-Mavericks game instead. Detroit beat the Mavs 92-82 in a bore-fest; the Nets-Suns score was higher after only three periods. "I think we can go home and turn on Classic NBA," Suns coach Mike D'Antoni said after the game. "It will be on there already. That's the best game I have ever seen." "For the NBA it was one of those games they would like to see more often," said Kidd. "You know, guys were playing hard. It was a clean game, a lot of points, but it came down the last couple of minutes of each quarter, and it probably will be a classic."