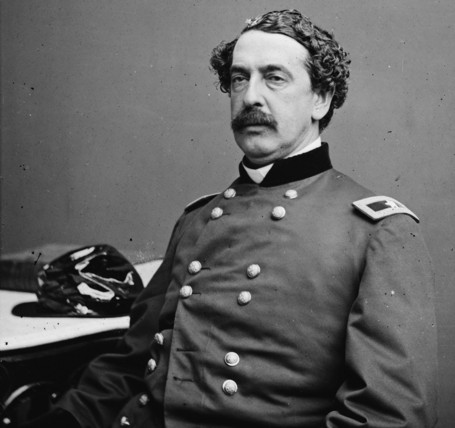 The Mills Commission, a panel appointed by Albert Goodwill Spalding, announces that the game of baseball was invented by Abner Doubleday, a respected Civil War general. Spalding, a former big league player, manager, owner, and the creator of a sporting goods company that bears his name, launched the committee to investigate baseball's origins. His intention was to prove that baseball had been devised in America, and not through the evolution of British activities such as townball, rounders, and cricket.

There was no evidence to back up his claim. Then, a couple years later, a 73 year-old man named Abner Graves wrote the commission a letter. In it, he claimed to have been a companion of Doubleday, who allegedly drew out the rules of baseball in the dirt, on a small farm owned by Elihu Phinney in Cooperstown, on a June day in 1839. Without checking for proof, Spalding used the old man's letter to confirm his assertions. And thus, Abner Doubleday was thereby recognized as the inventor of baseball.

But years of dedicated research by historians would disprove Spalding's efforts as a massive hoax. Doubleday never wrote a single letter about or mentioned to be in involved with the game of baseball, and the day that he supposedly created it, he was stationed in West Point, not Cooperstown. The man who wrote the letter turned out to be crazy, and was later sent to an asylum for killing his wife -- the Doubleday story was a complete fabrication. Yet it would be years and years for the truth to be revealed. In 1939, the Baseball Hall of Fame was opened in Cooperstown, NY, to celebrate the centennial anniversary of Doubleday's erroneous invention.

It was there that Luisetti wowed the crowd with moves that had never been seen before. Besides dribbling behind his back, Hank shot the ball with one hand and even did it after jumping in the air. Back then, every field goal attempt was either a set shot or a hook shot. Luisetti scored 15 points and amazed the crowd so much that he was given a standing ovation as he walked off the court.

The publicity resulting from his New York performance changed the game of basketball. By showing that a new way of shooting could be done correctly, Luisetti revolutionized the sport. Eventually, jump shots and one-handers became commonplace, and a game once known for its standardization become known for its quickness and athleticism.

In a 155-116 victory against the Denver Nuggets, Scott Skiles of the Orlando Magic collects an NBA-record 30 assists. Skiles broke a 12 year-old record set by Kevin Porter, who collected 29 assists in a game with the Nets in '78. Skiles entered the fourth quarter with 25 assists and struggled mightily to claim assist #30. After getting assist #29, the Magic missed eight shots in a row that would have given him the record. But at last, with 19.6 seconds left in the game, Skiles found Jerry Reynolds for a 20-foot jump shot. Reynolds knocked it down and Skiles walked away with the record.

Although Scott Skiles, who won the most improved award that season, earned the record, he was also the beneficiary of a ridiculously high-paced Nuggets team. In the 1980's, the Denver Nuggets found success by playing little to no defense and trying to run the other team out of the building. After a few years of mediocre success, coach Paul Westhead decided to kick it up a notch and focus only on offense. And because the team was bad, the Nuggets didn't just lose -- they lost BIG.

In their first game of the season, the Nuggets met up with a Golden State Warriors team coached by Don Nelson, whose priority was also to score like crazy. The result was a 162-158 win for the Warriors, still the highest-scoring game in history to never go to overtime. It wasn't an aberration.

The 1990-1991 Nuggets scored 119.9 points per game, impressive except they also allowed a colossal 130.8 per game, easily an all time high. That year, the Denver Nuggets went 20-62. Every single team they played, including teams they beat, scored at least 105 points. Dozens of players recorded career-highs and season highs against them, with new records seeming to be set every day. Skiles was one of them.